Bear, Lion And Tiger Brothers Haven’t Left Each Other’s Side...

Baloo the bear, Leo the lion and Shere Khan the tiger have spent the last 15 years peacefully coexisting at Noah’s Ark Animal Shelter in Georgia. Known as the BLT, these adorable animals were rescued in 2001 from the basement of a house in Atlanta during a police drug raid.

They were rescued from a severe animal abuse case – kept in the basement in terrible conditions, and Baloo had to have surgery to remove an ingrowing harness that hadn’t been adjusted as he’d grown. That was the only time the trio of best friends has ever been separated, however, and they’ve spent every happy day together since. 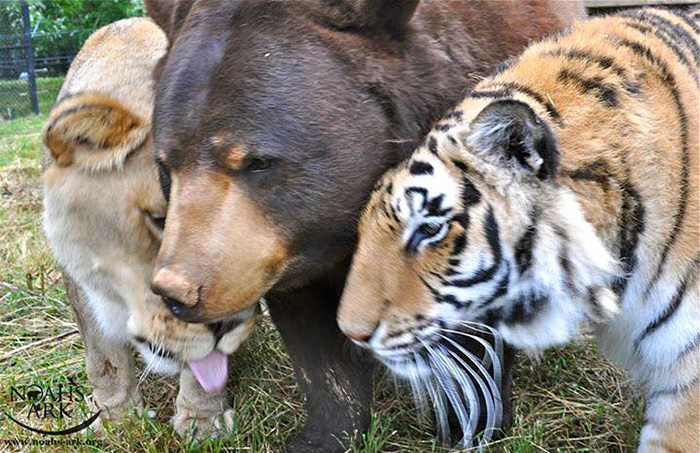